This section has a theme using a Silva Page, which in turn uses a Page Model containing editable blocks of content. The Page Model is a reusable sub-template that allows authors to innovate within specified limits.

Silva runs in a WSGI stack and any provider that offers a full stack can host Silva. Below is a very partial list of providers in various European countries that offer WSGI-based hosting.

Providers in the developer network

The Silva developers have good connections or experience with the following parties that are in their first-degree network.

FlyingCircus.io
The premier Python-based provider in Europe is probably FlyingCircus.io , managed by Gocept in Germany. Think "Operations as a Service" for Python web applications. They run the infrastructure and an open, Linux-based platform. Their people have contributed to Silva and have long experience and expertise with the entire software stack.

Unbit
In Italy Unbit is a good club. Their people have created uwsgi which we use in the Silva WSGI stack.

Lots of companies with expertise here, as Silva got its start in the Netherlands.

xs4all
Some of the infrastructure for developer communication is hosted with xsrall n the Netherlands. Various Silva sites are also hosted there. They have a long track record as one of the first providers in NL.

Arvixe
Located in California, Arvixe provides everything you need, including a free installation of Silva, to get you up and running quickly.

Worldwide: have a look at this up-to-date list of providers that support Python:
http://pythondiary.com/hosting/ 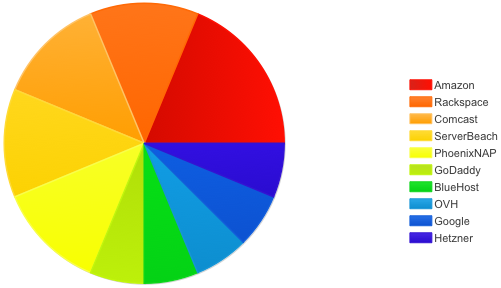 This chart shows the most popular hosting companies for mod_wsgi as a percentage of their total coverage for that hoster in the top sites.