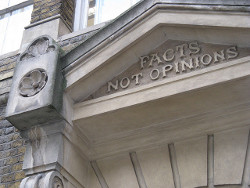 Silva is an open source CMS (content management system) in use at many institutions, primarily in Europe, but also in the US and Australia.

Silva is suitable for a wide range of settings, from company websites to large clustered deployments. Moreover, Silva does not stop at publishing on the web, but can export content for use in other media such as print. Silva stores its content as clean, future-proof XML, plus image and file assets.

You may not require Silva’s media integration, but it’s there when you need it.

Silva has extensive features and integrations to support large organizations. Silva provides full integration with large user directories such as LDAP and PAS, including extensive group management abilities (with or without LDAP). It’s also possible to restrict access rights on the basis of IP addresses. For mass hosting setups Silva has sub-site support for virtual hosting. For very large deployments, Silva can be clustered. Silva can be integrated with any number of relational databases (RDBMs).

All of Silva’s functionality is accessible through the web. Much care has been taken to make Silva user friendly and straightforward. Using its integrated WYSIWYG editor, editing and publishing is a breeze. Silva can be used with modern Internet browsers.

To assist in the publication process, Silva has a versioning system. Multiple versions of the same document are stored. One version may be published while another version can be edited simultaneously. Older versions remain available, so you can also compare and revert to a previous version, if needed.

Silva supports, but does not require, a separation between authors who create new content and editors who decide whether content gets published. This way, Silva can scale to large organizations that want to make sure they project a consistent, unified message. In addition, Silva streamlines delegation of editing and authoring responsibilities for a section of the site to others. In this way content creators can be empowered and a single-person bottleneck is avoided, but without the loss of editorial control. If your site, or an area of a larger site, doesn’t need strict editorial control, Silva adapts to this. You can give people the right to create and publish their own content, and they can fulfill their publishing tasks themselves.

All content in Silva is stored in a structured, future-proof, standards compliant XML format, and can be exported out of the CMS anytime. The content format, which can be extended using the advanced metadata system, allows for extensive searching and indexing facilities, so you or users of your website can perform granular searches within your content. This is also a powerful feature for Search Engine Optimization (SEO).

Should someone get confused in the editing process, Silva ships with extensive documentation, but the support doesn’t stop there. Due to its open source nature, you can reach its user and developer community through several mailing lists, a bug tracker, and an IRC chat channel. If that isn’t enough, professional support and services for your Silva infrastructure needs are also available.

Silva has superb template functionality that can accommodate any site design, yet is flexible and allows customization on a local level. A web designer can easily customize existing templates. Because of Silva’s absolute separation of content and presentation, web design themes can switched via the user interface for the whole site, sub sections and special pages.

Silva is customizable and extensible in many ways. Silva’s External Sources framework makes it possible to include information from data sources external to Silva, such as displaying information from relational databases within Silva web pages. If you have Flash files, movies, applets, or YouTube content, Silva’s Code Sources allow non-technical authors to easily embed such content.

Silva can also be extended with new content types. For instance the Silva News extension. Silva News can be used in any situation, but really starts showing its power in large organizations. Departments can have their own news streams, and these can be aggregated using feeds and filters. SNN displays and outputs popular XML-based standards such as RSS as well. It also offers advanced calendaring using Agenda items which are events that can reoccur.

Silva in the real world

Silva is not new. It has been in development since 2002, grown into a mature product, been ‘battle hardened’ in production, and acquired a solid user base. A few quotes from Silva users: “At ETH we operate a mass virtual hosting Silva instance hosting several hundred sites,” says Reinhard Hess, of the central IT services at the Swiss Federal Institute of Technology in Zurich (ETH Zürich). “In addition to that there are a number of sites being run by independent departmental IT units across the university.” ETH Zürich has been deploying Silva since 2002 – and they are also developing on the platform. “Silva is well capable to compete successfully with other web CMS products in the enterprise range – either open source or closed source. Silva was a good choice for us. Silva gives us the best cost/performance ratio even in the long term and maximum operational flexibility.

Interface: Silva has its own through-the-web user interface with easy access to all functions. Authors can only see functionality relevant to authors, while editors and chief editors gain more abilities in configuration screens.

The interface is fully multilingual. Silva ships with a French, German, Dutch, and Hebrew translation, and others are in process.

All text is stored as Unicode, which means content in multiple languages – or alphabets – can be mixed in single documents freely.

Publication workflow: approval by an editor is needed in order to publish content. Content can be published as well as expired automatically at a set time.

Metadata per content type: metadata is easily extensible; new metadata sets can be added. The metadata can be automatically indexed.

Images can be cropped and resized for web publication. The original high resolution images can be exported for print usage.

Images and files can be imported either singly, or in bulk through importing a zip file.

Images can be renamed without breaking content in which they are referenced.

Access restrictions for viewing can apply to individuals, groups, or IP ranges. These restrictions allow setting up a password protected Intranet within the website in a couple clicks.

Content reuse is enabled through the use of ‘ghosts’ and ghost folders. Layout and presentation can vary, with the same content being reused in alternate hierarchies.

Table of contents elements can be included in templates and pages to automatically generate valid navigation menus throughout the site.

A subscriptions feature allows end-users to subscribe to public web pages. As soon as a new version of a page gets (re)published, the subscriber receives an email notification.

A full overview of Silva features.